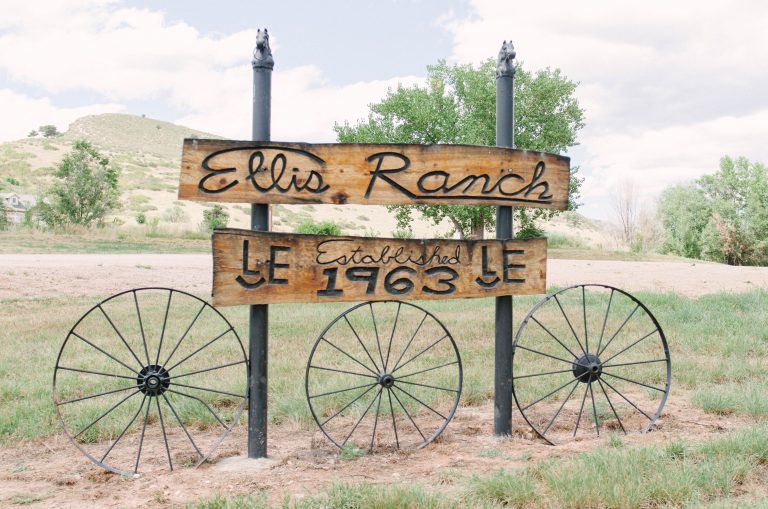 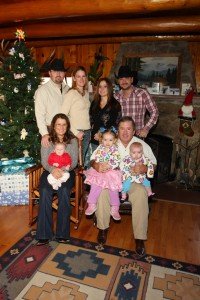 The Ellis Ranch has had many different faces over the years. It has evolved from a “hobby ranch” in 1963, to a thriving horse facility for the next 25 years, to a highly sought-after tourist spot for 13 years. Today, it’s one of Colorado’s favorite places to get married.

Laurence and Loy Ellis purchased the ranch in 1963, after Mr. Ellis had a heart attack and needed to find a new hobby. It’s no wonder Larry had a heart attack; he and Loy owned and managed Ellis Mobile Home and Sales, with lots from Cheyenne, Wyoming, to Colfax in Denver. For years, the family enjoyed riding their horses on the ranch and on trails. Terry, their son, began showing horses. From the beginning — the first year they purchased the ranch — the Ellises started hosting weddings and events. The Ellises let several friends use the ranch for weddings and hosted many horse shows and gymkhanas.

In 1964, the Ellises bought their first race horse. For several years, other trainers worked with the horse, and the Ellises raced their horse across Colorado and Wyoming. This was the first time my family and I came into contact with Ellises. You see, my father, Harlan Norman, become their jockey, and Terry and I met for the first time in Cheyenne at the races. Terry was 16 years old. And I was only 10. I don’t remember it, but we have the photos.

Many horses were bought and sold throughout the Ellis Ranch years. Dr. Carlton — the doctor who invented the artificial heart — bought his first horse from the Ellises. (A curious coincidence, since a heart attack is what brought Larry Ellis to the ranch to begin with.) We have also sold horses to Denver Bronco football players and numerous other high-profile people. If you were looking for a good horse, the Ellis Ranch was the place to go. If Terry and his dad didn’t have the perfect horse for you, they would find one for you. They earned a reputation for being very honest horse-traders. 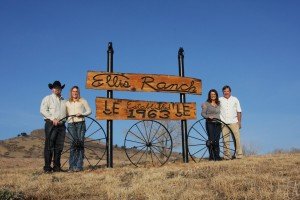 In 1972, Terry, at the age of 23, decided to take the family’s race horses (as well as other horses) to the race track. For the next two years, Terry trained the horses at the ranch, and when the racing season came, he took to the road. During those two years, Terry received the honor of being named the leading trainer at many tracks.

It was during this time that Terry and I met each other — again — in Grand Junction. My father had retired from being a jockey and was training, himself, out of Imperial, Nebraska. I was raised in Nebraska and on horse race tracks. I was what one would call an “exercise girl.” I worked the horses in the morning for their workouts, and then on race day, I was a “pony girl,” who took the jockey and horse to the gate.

The summer of 1974, just before Terry and I were married, his father called us at the track and told Terry that he would need to either come home full time and run the ranch or he planned on selling it. Terry gave that options only a few seconds of thought and told his father we would be home to stay after the summer season of racing.

With the ranch full of show horses, we had to change our direction of action toward showing horses for the public. We decided that all the race horses would still be trained at the ranch, but when they were ready to go the track, we had to find another trainer. For the next several years, we showed horses all over the United States and Canada. Terry was honored with training and showing numerous U.S. and Canadian national champions. With receiving those honors, and with several of the horses being top pedigree stallions, it was time to change our operation from showing horses on the road to opening up a year-round training stable and a “stallion station” at home.

Our love for race horses grew, so we opened up a race-training stable. Here, we got the horses ready for the track. We also now were standing four horses at stud. At this time, we would have as many as 25 horses in training and standing four stallions. Our stallions would service more than 300 mares nationwide through artificial insemination. During the breeding season, it was not uncommon to have more than 200 horses on the ranch at one time. This was before people found a way to freeze the semen and ship it to the mare owners to be inseminated at their own farms. We were raising and selling quality horses all over the world. We even shipped horses overseas.

During the next 10 years or so, we saw Centennial Race Track in Littleton go down and several other horse tracks start up and then go down across the state. While watching this, knowing that many people in the racing industry were leaving the state, we knew that we needed to make some changes. The biggest issue we saw with the race tracks was that they were competing with the entertainment dollar. Horse-racing had to compete with the mountains, tourism, skiing and all the professional athletic teams coming into the state. Those industries seemed to get the most attention by the press. You can’t wake up and not hear a skiing report or what one of the sports teams is doing. Colorado actually still has Arapahoe Park, just east of Aurora. But do you ever hear about racing results? No.

At this time, around 1987, we had one of many family discussions on how we could change with the times. We felt the biggest issue for us was tourism, so the old saying is, “If you can’t beat them, join them.” Well, we did — big time. With Terry always having the dream of raising elk and buffalo, we decided to fence in 260 acres with high-wire fencing and bought some elk and bison. The fence took Terry and another guy one year to put up. We have a lot of rock out west.

In 1988, we turned the ranch into a thriving day guest ranch, entertaining thousands of guests yearly. The ranch offered horseback rides and chuck wagon dinners to view the elk and bison. We hosted numerous weddings, company parties, worked with Front Range Community College and Colorado State University interns. We also hosted an annual Pumpkin Patch and Old Fashioned Christmas event. During the 13 years in the tourist business, we were chosen to be on Colorado Get Away. During this time, the ranch was still boarding more than 50 horses for the public.

Our children even had their own businesses on the ranch: Shawn, as a professional farrier, and Mindy gave hundreds of riding lessons. Our children were so important to our business in the daily operations. They both helped with whatever needed done. Shawn was such a good wagon-master, shoeing all the teams and horses, and Mindy was our entertainment as a singer. Both were guides on our trail rides.

In 2001, Terry and I had a good talk with each other; we were working 13 to 14 hours per day, seven days a week. Even with the business being very successful, we knew it was time for another change. Our son had started his own successful horseshoe business, and it was getting harder and harder for him to help us out. Mindy, our daughter, had gone to Nashville to study the music industry, and after graduating from Belmont University, she wanted to pursue her dreams. That left us without our entertainment. Our kids have always been a big part of life and business. We have to give them much of the credit of our success. We couldn’t have done it without them.

Concerning the elk and bison, the state was fighting the elk industry. They basically wanted us out of the state (you really don’t want to get me started on that issue). Bison were doing great. We had great meat production, along with the tourists, who loved them. But we knew it was going to be an uphill battle getting the public to overcome the idea we were eating Buffy the CU mascot, and we didn’t have enough land to take the part of the business to another level. One evening, we decided that it was time to let go. So we didn’t take another booking and honored the bookings we already had. September of 2001, we had one of the largest private sales in Colorado, selling all of our horses, elk, bison and almost 90 percent of our equipment. We had more than 1,000 people attend our sale.

January of 2004, our son Shawn got seriously hurt shoeing a horse and had to have back surgery. Knowing he had to change careers, we asked him if he wanted to go back to school and what his plans were. His statement was, “I would like to turn the indoor arena in to an event center, where we can host weddings and corporate events again.” We were still boarding horses for the public, but the tourist business was done — or so we thought!

The summer of 2004, we gave notice to all the horse boarders that they needed to find another stables for their horses. Eight months later, we hosted our first wedding. We are now on our sixth year and host approximately 130 weddings/events in our horse barn. We just opened our second wedding/event venue, “The Carriage House.”

When we were focusing on tourism, we actually did more corporate events then weddings. This time around, the weddings rule. We are host several community fundraisers each year, which are fun and rewarding. Still, one of biggest draws is our horse and carriage, which brings in the brides. We will never be without horses in some form.

Over the years, we also have been instrumental in developing two therapeutic horse-riding programs, and Alternative to Violence. Today all three are running very successfully.

In 2008, we were honored with receiving the honor of being named “Business of the Year.” We have been called Northern Colorado’s leading wedding and event facility, providing our guests with a unique, fun and memorable event. We have heard many guests and clients refer to us as the Wedding Ranch and now use that in our marketing.

In 2013, Ellis Ranch we will be celebrating its 50th anniversary. What an honor!